Mauricio Limón de León’s projects often entail research and collaboration with groups of individuals over extended periods of time. While his approach flirts with anthropology and psychology, it rejects both their constitutive distance and narrative trappings. In his work, association shuttles across registers in an infectious, promiscuous play of projections and transferals. Intimacy, vulnerability, and kinship—which, Ruha Benjamin reminds us, is always produced and imaginary*—critically merge to carve out spaces of hospitality, with all its productive tensions. Limon’s works also foreground embodied knowledges and communal practices that resist the logics of authorship or mastery, capital or extraction. In all this, his work is deeply—if not always evidently—political.

In the ongoing work Performing White Skin, begun in 2019, masks endow their wearers with the near-magical privilege of soliloquy in an indictment of the hubris of whiteness.

The video Promise Prohibited (2013-2014) and the fanzine Buscando la sombra de árbol [Looking for the Shade of the Tree] (2014-2020) track Limón’s “adoption” by a community in the Iztapalapa neighborhood, east of Mexico City.

A playfully sensuous material intelligence informs the two related installations Someshapesarepornsomeshapesarenotporn (2017) and A Set of Non Verbal Fantasies (2018), yielding spaces of muffled, embodied pleasure. The video Tetlacuicuiliqui. (náhuatl) [The One Who Gets Something Out of People] (2015), also bypasses language, humorously recasting a typical quack doctor’s performance from street hustle to Botanical Garden pantomime.

The decade-long project With all the Respect That You Deserve Me! spins pink and blue cotton candy around spaces, onto patient sitters, and across volcanic lands. It skirts the sticky geopolitical questions of resource extraction, modernization, monopoly, and addiction while conjuring the exhilarating childhood memories of sweet smells, magic swirls, and sugar melting on your tongue.

Boxing moves face off with dance steps in the video Dientes Rotos [Broken Teeth] (2014-2015) as the space and energy between the bodies onscreen, the negative space between red and black, is the ghost of community. In a society struggling with widespread femicide, these bodies fall in step in complex and unsettled ways. 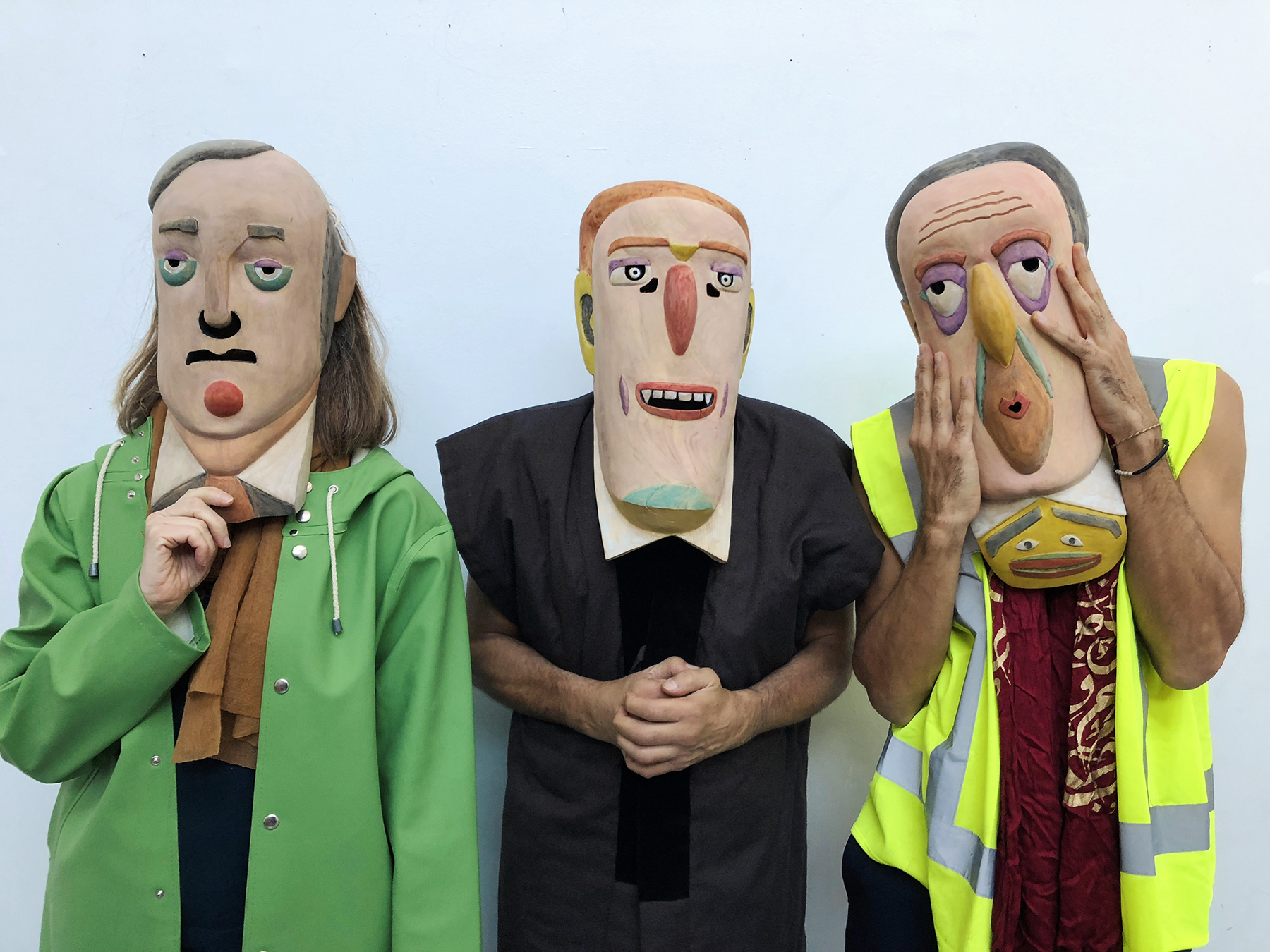 Born in Mexico City in 1979, Mauricio Limon lives and works in Paris. His practice explores ethnological-urban interactions, sexuality, and power through long-term, open-ended, collaborative research that considers class struggle through the lens of psychoanalysis. For years, Limon has been closely involved with a group of people who inhabit social margins, improvise forms of living, work in public space, and often participate in marginal activities.

Recognition, projection, and fantasy draw him to these subjects and the skills and knowledge they have developed from living at society’s edges.

His work gives form to this iterative research through different media, including video, performance, painting, and installation.

Beauty is still offered beyond what’s good or true. Independent of its explanations. Some people I love are constantly suspicious of beautiful things, especially in the arena of contemporary art, as if they were deceived. They’re right, so I am reminded when looking again at Valérie Belin’s brilliantly tempting art, one can never take the lie out of beauty. So gently is this candid lesson sinking in, looking at her perfect mannequins looking back at you, or confusing them with her China Girls, you wish to believe that something out of all the uncanny lookalikes or the eerily shining bodybuilders and crystals and bouquets is real, lest the alleged thinness of beauty would leave you with too little to hold on to. But Valérie taught me (like Oscar Wilde, or Claude Cahun) that some lies are not fake at all, some masks are all we wear. Just look at her photographs long enough, and don’t blink.