A web of literary and musical elements, of lights and shadows and references to unforgettable landscapes, suggestively balanced between minimalism and symbolism and closely linked to a refined harmonious development of the elements, the work of Anne Laure Sacriste focuses on the ontological question of the painting and on the visual perception that one generally has, creating a richly imaginative and romantic body of work that unravels between nature and dream.

This specific pictorial research is essentially based on an activity of initial observation of reality and then of figurative abstraction, in which the relationship with space is as fundamental as that with the gestural character of the sign and the intuition of shapes.

Nature is omnipresent in Sacriste’s work: monochrome backgrounds, plants, tinsels and ornaments are intensified by a process of fusion between visual anamnesis and free association of images, typical of psychoanalysis, in order to simultaneously subvert the ideals of classical clarity with unmistakable references to art history: Nicolas Poussin, Caspar David Friedrich, Arnold Böcklin among others.

The alliance that is created between senses and intellect, or rather between perception and cognition, appears to be essential because Anne Laure Sacriste believes firmly in a precept according to which an image experienced by the senses is the starting point of a vision that gradually expands and lyrically acquires a shape giving life to poetic forms and metaphors that are always new and vital.

Her work implements an impelling ekphrasis seen as «a descriptive discourse that puts the object under the eyes effectively». It is characterized by enàrgei , the force of visual representation that is made up of «people, things, moments and places and times and many others things », and delicately enriched by suggestions, shapes and colors, all elements that make up the èpos*.

Translated from Italian by Lawrence Fort 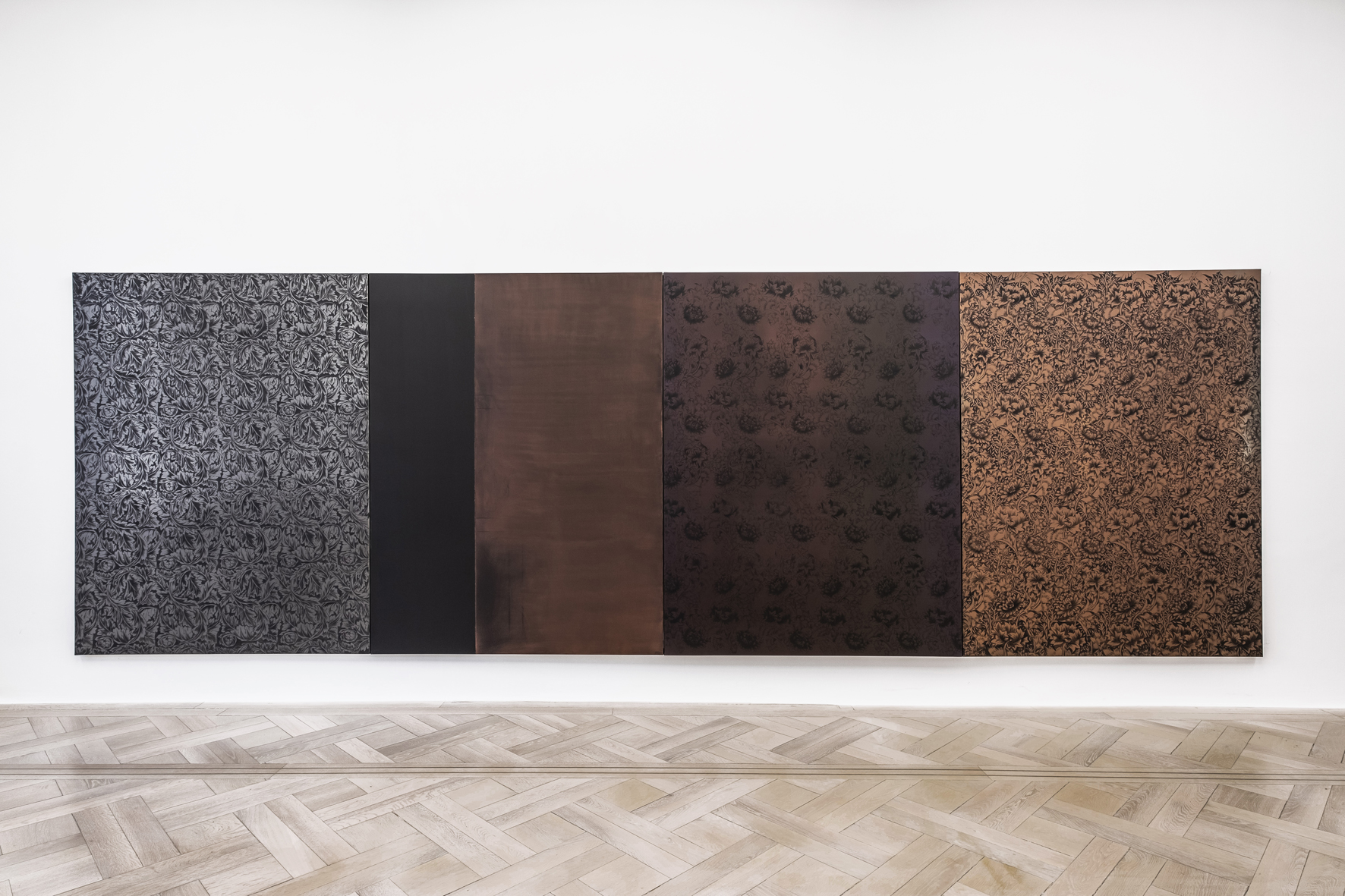 Anne Laure Sacriste holds a double degree, graduating from both the École Nationale Supérieure des Beaux-Arts de Paris and the École d’Arts Appliquées Duperré, with a major in textiles. Her work considers painting in its relationship to space. Between a symbolist and minimalist world, her research on painting lies at the crossroads of several pictorial currents: far from a question of style (abstract/figurative, etc.) and hence of the representation of a symbol, the question of the epiphany of painting is central to her study. She develops this thinking through recurrent themes: notably, landscape. She also borrows themes from the field of art history (J. B Ingres, W. Moriss, A Martin, etc.). Her pictorial research is based on the close observation of reality, reworkings, and a radicalisation of forms that give rise to series or standalone works. It is through both cultural and intuitive actions that Sacriste’s work is represented, through sophisticated arrangements, from which a somewhat Japanese aesthetic sometimes emerges.
Among her recent solo and collective exhibitions, we can cite La Bataille de San Romano, by Reiko Setsuda, Hermès, Tokyo (2017); Toguna by Jean de Loisy, Palais de Tokyo (2018); Fukami, by Yuko Hasegawa, Hotel de Rothschild (2019); Cosmophore, Chapelle des Carmélites, Toulouse (2020); Wabi-Sabi (Part I, II), Fonds M-Arco, Marseille, and the Vera Munro Gallery, Hamburg (2021).

Domenico de Chirico is an independent curator from Italy.

From 2011 until 2015 he was a professor in “Visual Culture” and “Trend research” at Milan’s European Institute of Design (IED). He collaborates with a number of international artists, galleries, institutions, art fairs, art prizes and magazines worldwide. He has been artistic director at DAMA Fair, Turin (2016-2019). He was also a visiting tutor at Goldsmiths, University of London (2018) and a member of the Network Event for YOung Curators, LISTE - Art Fair Basel, in Basel (2018).

Upcoming exhibitions in various venues and cities, among which: Milan, Antwerp, Rome, Caserta, Bologna, Timisoara, Turin, Paris, Reggio Emilia, Napoli and so forth.