Schulman’s video works often adopt the episodic structure of television serials, spatializing as multi-channel installations in exhibitions. Her moving images refuse to settle. One form—tv serial or installation—ghosts the other. Such platform promiscuity has a price! It cannot be enacted with impunity for it smuggles critical experiences, desire, and pleasure. It disseminates contagious ideas, voguing across disciplines and narrative systems as well as geographies and futurities.

Schulman and I have been working together closely for nearly two years on several projects. For our ElaineAlain collaboration, we decided to recruit and mobilize her online TV series Control: A TV Show (2012-2016), recasting the work as a prompt, an excuse, and a matrix. Each day begins with a one-minute excerpt from an episode of Control, which I selected and shared with Schulman. In response to this clip, she selected four images of varied sources: stills from the featured video and other works, installation views of our current collaboration at Bemis Center for Contemporary Arts (the exhibition The Gobernment), the cast characterization for our next project, The New Inflation, and various research images. 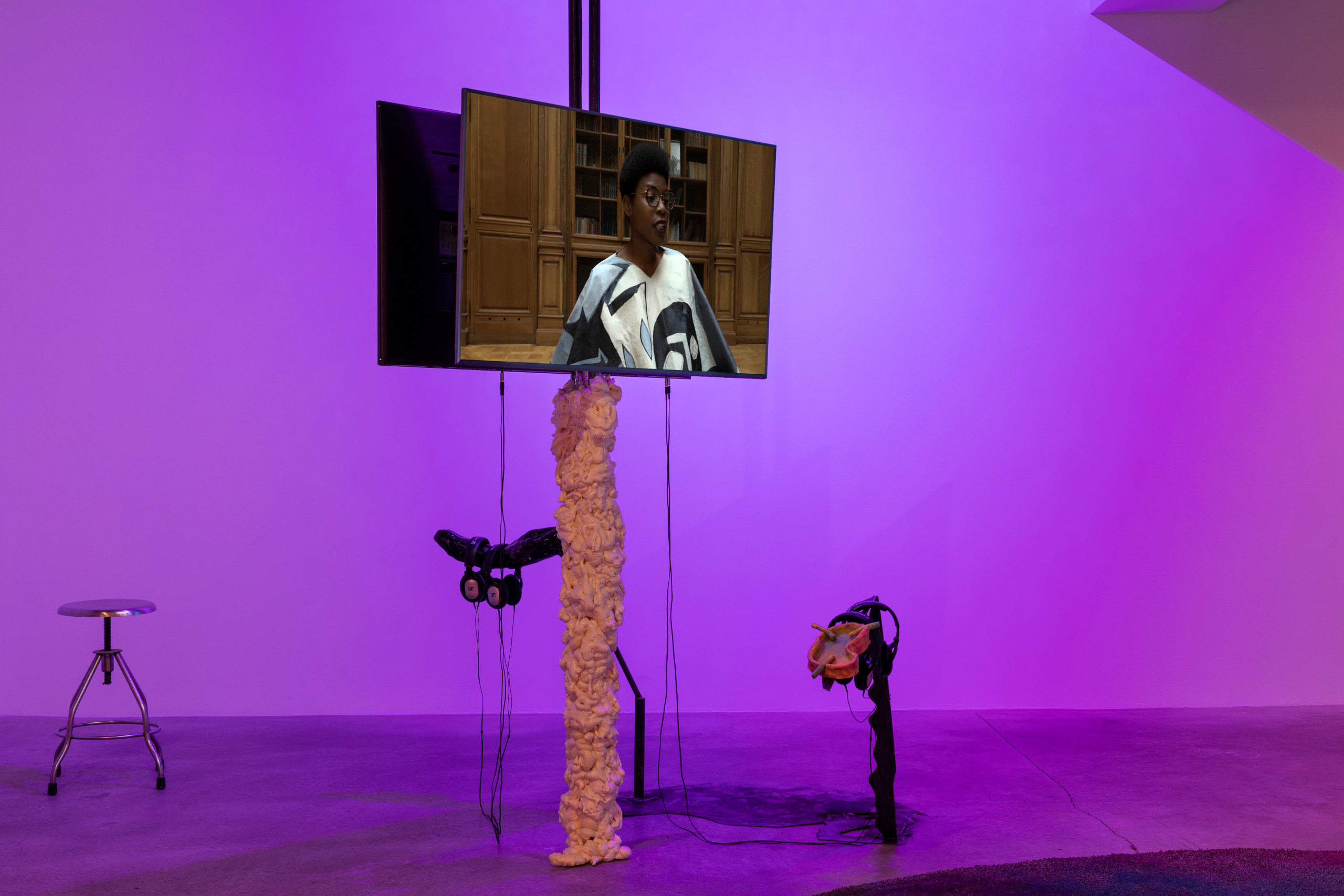 Born in 1985 Liv Schulman grew up in Buenos Aires where she attended public art high school and watched television. The arrival of cable television in 1990 and the financial crash of 2001 are some of the most important moments in her life. After studying at ENSAPC she returned to live in France in 2015. Liv Schulman’s work takes the form of filmed fictions, TV series, readings-performances and novel writing: Her main resources come from an exhaustive use of language; it functions as an anti-critical flow that manifests itself through the instrumental use of one or several bodies. Liv is interested in the different ecologies of meaning that seem to emerge when these resources escalate, revolving around an invisible gravitational center. The discourses that are at the heart of her work are about the place of subjectivity in the political space, about the difficulty of giving it credit. Thus, she shows a real telenovela on television as in a museum. She makes us adhere to her theses at the same time that she scuttles them. In the disbelieving belief of her production, to create means to experience directly a medium, a system, a subject. She has shown her work at the Villa Vassilieff in Paris, CAC La Galerie in Noisy le Sec, Centre Pompidou in Paris, Crac Alsace, Steirischer Herbst Festival in Austria, Fondation Ricard in Paris, SMK in Copenhagen, Museo de Arte Moderno in Buenos Aires, Museo Reina Sofia in Madrid, and Bemis Center for Contemporary Arts in Nebraska, among others. She has benefited from the ADAGP grant, the patronage of the Fondation Des Artistes, the DAAD residency program in Germany, among others, and she received the Ricard Prize in 2018.

Sylvie Fortin is an independent curator, critic, researcher, and editor based between Montréal, New York, and Omaha, NE, where she is the Curator-in-Residence 2019-2021 at the Bemis Center for Contemporary Arts. She was Executive/Artistic Director of La Biennale de Montréal (2013-2017), Executive Director/Editor of ART PAPERS in Atlanta (2004-2012) and Curator of Manif 5 – the 5th Québec City Biennial (2010). She contributes to many periodicals, including Artforum International, ART PAPERS, C Magazine, and Flash Art International, and her essays, interviews, and critical writings have been published in catalogues, readers, and anthologies. She initiated PASS, the International Biennial Association’s journal and edited its inaugural issue in 2018. She is also editing the Fall 2020 issue of Public Journal on the currencies of hospitality,which she has been researching since 2017. Her recent exhibition of new worksby Richard Ibghy & Marilou Lemmens (2019) at Bemis will be touring through 2022, radically reconfiguredfor each venue. She is collaborating with Argentinian-French artist Liv Schulman for the North American premiere of her work, including The New Inflation (2020), a performance in three episodes cast, written, produced, and filmed in Omaha, and a large group exhibition delving into the storied entanglements of the body and hospitality (2021-2022).