Although Paris was very inspiring, it was however intense and hectic. Thankfully, the day before I left, I had time to visit Bouchra Khalili’s in her studio at la Cité internationale des arts. It was a pleasure to meet with Khalili again, whom I had the opportunity to present her video work Mapping Journey. I was happy to know more about her latest video installation Twenty-Two Hours, 2018, that focuses on the politics of the relationship between author and character, as epitomized in Prisoner of Love (Un Captif Amoreux), Jean Genet’s last book, which linked the Black Panther Party and the Palestinian revolution. The video recounts the history of the Black Panther Party and asks “What remains of the story is sometimes images / Sometimes sounds / Sometimes memories / Sometimes witnesses / But always words.”

In her practices, Bouchra Khalili grasps the fundamental tools of cinema to prise open the frames of history and thereby offer an encounter with suspended truths of the globalized civic condition. Working with film, video, installation, photography, and prints, Khaliliʼs practice articulates language, subjectivity, orality, and geographical explorations to investigate strategies and discourses of resistance as elaborated, developed, and narrated by individuals—often members of political minorities. 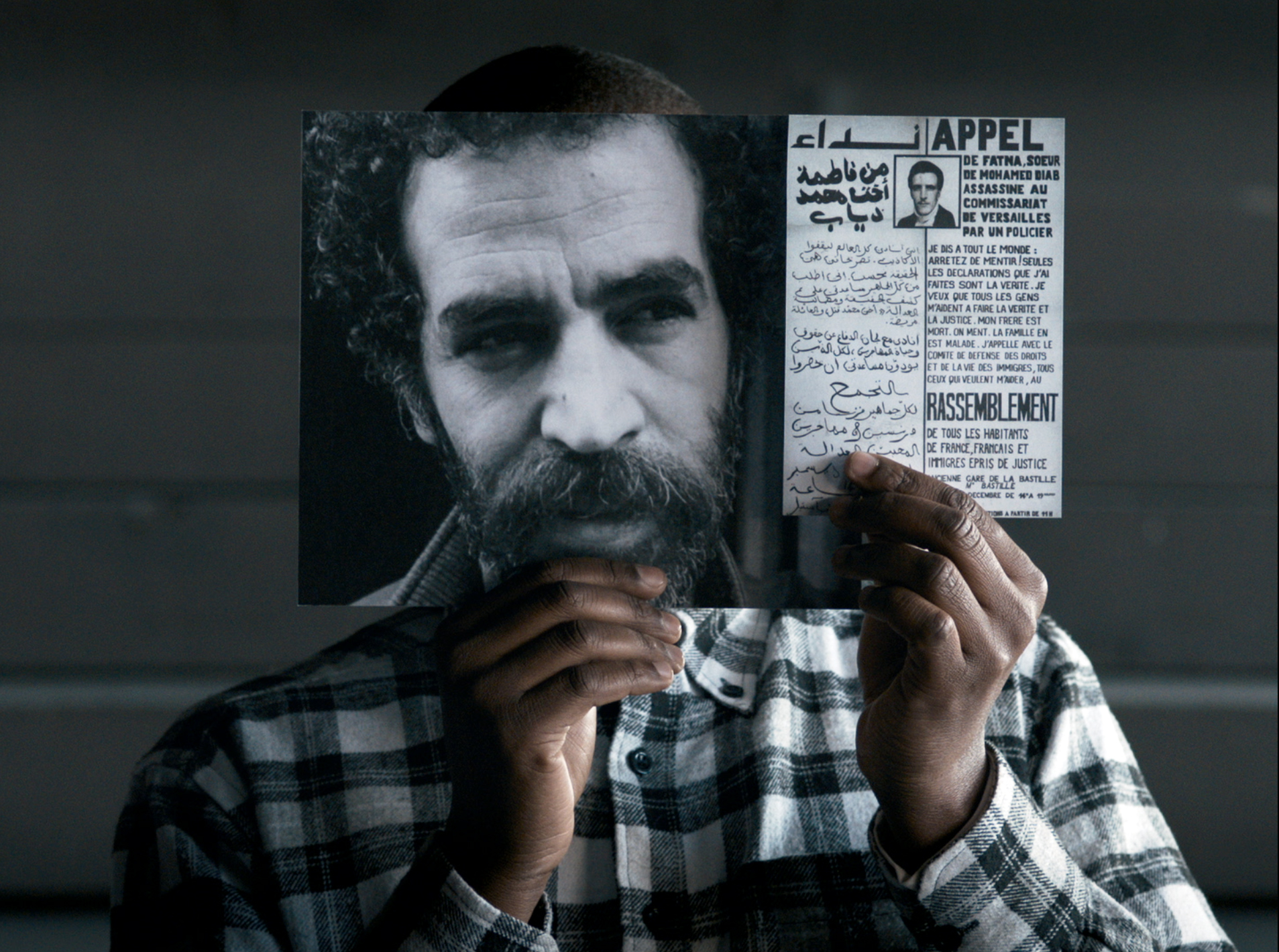 Bouchra Khalili was born in 1975 in Casablanca. She lives and works in Berlin. Khalili graduated in Film & Media Studies at Sorbonne Nouvelle, and Visuals Arts at the Ecole Nationale d’Arts de Paris-Cergy.

Encompassing film, video, installation, photography, printmaking, and publishing, her practice explores imperial and colonial continuums as epitomized by contemporary foreced illegal migrations and the politics of memory of anti-colonial struggles and international solidarity. Deeply informed by the legacy of post-independance avant-gardes and the vernacular traditions of her native Morocco, Khalili’s approach develops strategies of storytelling at the interstection of history and micro-narratives. Comobining documentary and conceptual practices, she investigates questions of self-representation, autonomous agency, and forms of resistance of community rendered invisible by the nation-state model.

Khalili is a Professor of Contemporary Art at The Oslo National Art Academy, and a founding member of La Cinémathèque de Tanger, an artist-run non-profit organization.