Katia Kameli is interested in the role of visual representation in the construction of history. Oscillating between text, image, and testimony, her work also maps the possibility of history’s deconstruction.

In part one of Kameli’s video trilogy, Le Roman Algérien, the speculative voice of novelist and mathematician Djalila Kadi Hanifi asks—with regard to a photo and postcard stand in the center of Algiers—“Why are we interested in this kind of imagery?” She is referring to pictures of Algiers from the colonial period, in which Haussmannian boulevards are peopled with women in the traditional white body veil, or the haïk. Kadi Hanifi is really questioning which version of history interests those who control the means of the production of images, which in Algeria’s case is clearly enunciated by Nassim Labri, another of Kameli’s interlocutors, as the state. Roman Algérien is Kameli’s rebuttal to the state’s monopoly on the “image factory,” and, by extension, to the fact that men have largely written the history of Algeria.

Part two of the same work is given over almost exclusively to women in act of deconstructing these images, along with the history they continue to produce through their circulation. Lawyer and writer Wassyla Tamzali, seated on a long neutral-toned couch with piles of black and white images in front of her on a low table, speaks about the betrayal of historic moments by the men who figure in their representation as a matter of fact. She is lucid about women’s exclusion from the business of nation building in the post-war period.

Kameli is not only interested in deconstructing the existing image archive, she also insists on the presence of a counter-archive, one less public but nevertheless crucial. She renders visible women who themselves produced representations, such as: Louizette Ighilahriz, who fabricated Algerian flags from memory for the Independence Day celebration; Louiza Ammi Sid, who worked throughout the Black Decade as a photojournalist; the first Algerian female filmmaker, Assia Djebar; and Marie-José Mondzain, a French philosopher of the image born in Algiers—Mondzain’s mother was from a well-established Jewish Algerian family and her father was a Polish artist, a communist who escaped the Holocaust.

The trilogy pays homage to those who have persisted in reclaiming the production of their own histories, but it also serves as a vivid and pluralist counter to the lingering and violently Orientalist representation of Algerian women as a monolithic subject. 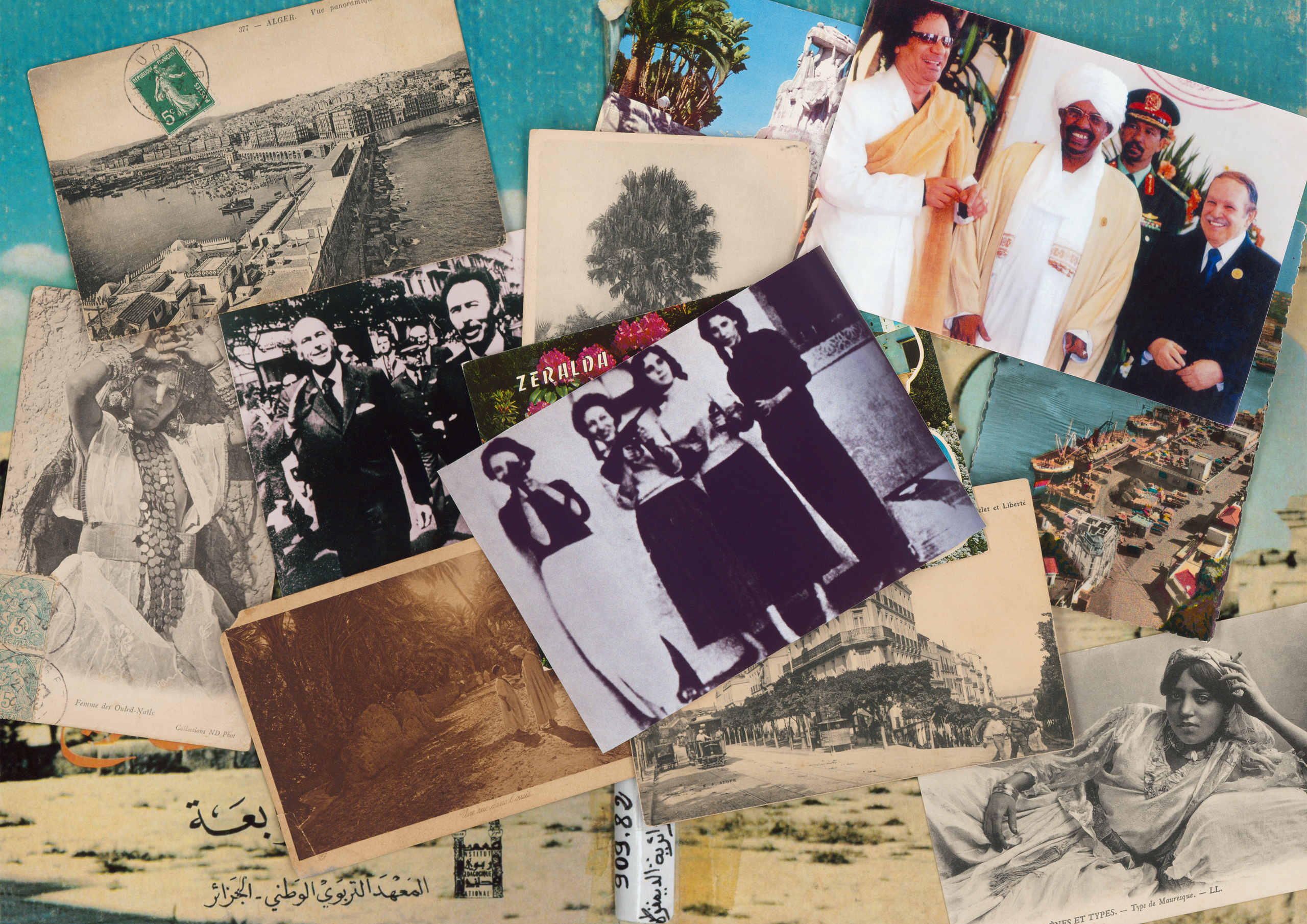 The practice of French-Algerian artist and filmmaker Katia Kameli is based on a research approach: the historical and cultural event inspires multiple forms of her plastic and poetic imagination. She considers herself a “translator”. Translation is not simply a transition between two cultures, nor simply an act of transmission. It also operates as an extension of meanings and forms. A rewriting of stories appears within her work. She shines a light on a history, a global one made of porous boundaries and reciprocal influences, in order to open a reflexive path that generates a critical perspective on the world.